…and they cried out with a loud voice, saying, "How long, O Lord, holy and true, will You refrain from judging and avenging our blood on those who dwell on the earth?" 11 And there was given to each of them a white robe; and they were told that they should rest for a little while longer, until the number of their fellow servants and their brethren who were to be killed even as they had been, would be completed also. (Revelation 6:10-11) 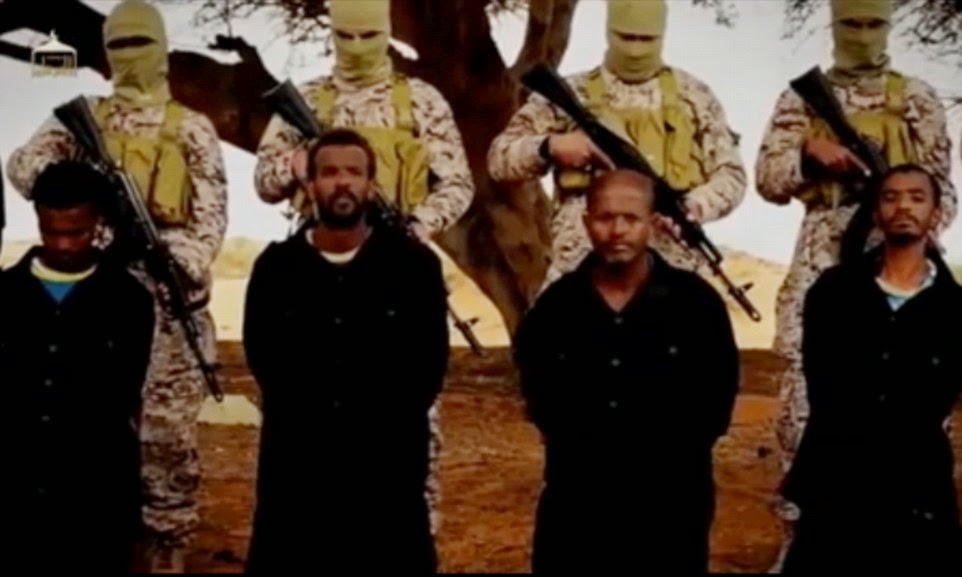 Slaughter on the beach: ISIS behead and shoot more Ethiopian Christians
Daily Mail
Why did the bible say that the blood of martyrs is on those who dwell on earth and not only on the killers? Because the world fails to acknowledge that;

Victims of terrorism are not just those killed for their faith: Those ones lived as heroes and died as heroes; they are in eternal glory.

And so cold-blooded killing is just a symptom of  global failure. The world - over ages, has been failing the victims of terrorism and humanity by failing to grasp, by silence and by tolerating intolerance. That's why the blood for martyrs are all on those who dwell on earth, and that's how terrorism would take over the world.

Posted by Gihan Soliman at 4:45 AM