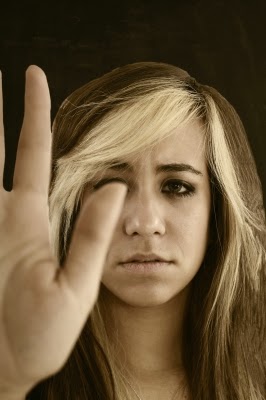 OmAhmed (a nickname meaning [mother of Ahmed]) was our neighbor 20 years ago. She visited once, and one of my little sisters burst into tears. OmAhmed looked at her and wondered: ِِAll this fuss because she pumped into a table, what will she do then when she gets cut?

- Cut? What does this mean? Why would a girl be cut?

Om Ahmed explained to me that a "good girl" must have her sexual organ (the clitoris)  cut that she gets to be like "lukewarm water" in bed. Otherwise, "she'll get on top of her man". She conveyed the horrific secret in almost a whisper.

She then told me about her unforgettable memories of it. How it "burnt like fire" for days and how she and her friends used to immerse themselves in the Nile water to relief the unbearable pain for a while. That was horrific to hear!

Later on, I learned how a woman's gentile has such a complex structure to prevent out-of-pain death while giving birth to a baby, and why she need a sort of attached "sensation organ" to complement her reproductive system (Al Saadwi, N. 1969; 1975)

Paradoxically, and because some cultures require a seemingly-analogous male cut called circumcision, this horrific process is often called female-circumcision as well.

However, if men would like to ban male-circumcision, they need to fight a separate battle - and get all the support they want. Male-circumcision and Female Gentile Mutilation are actually two opposing practices, in spite of the apparent analogy!

Apart from the well-known life-long medical complications associated with FGM [1], it is essential to note that

- Male circumcision does not affect sexual pleasure or satisfaction, while;

FGM is practiced specifically to prevent sexual pleasure and satisfaction.

Male circumcision is practiced in victory: The emotional support a male gets for undergoing such a process may outweigh the associated frustration. In Egypt, neighbours party to celebrate male-circumcision in rituals similar to those of celebrating a baby-birth.

FGM, on the other hand, is designed to cause a lifelong trauma, humiliation and an ultimate loss of self-esteem. It is therefore practiced secretly; in shame! This facilitates subjugating women, keep them under masculine provision and facilitates (justifiable) exploitation in return of protection. It simply turns a woman into a "grateful" tool of production and reproduction. A mutilated female can easily get to think of herself as a commodity, and to the highest privilege, a trophy!

This criminal practice shapes and reshapes communities, and its impact goes beyond all localities. It is a form of social engineering with two fundamental problems:

1- The gain the oppressor incurs it too immense to be given up - although the total effect is destructive.

2- The oppressed is not usually aware of the transformation her personality undergoes and thus cooperate with the oppressor to perpetuate the violent process.

[1] (Nawal El Saadawi: Women and Sex, Cairo, 1969; Women and Neurosis, Cairo, 1975)
[2] Soliman G.S. Conservation of the Homo sapiens: The survival of the Wise; on the Cybernetics of education. available at [http://www.amazon.com/Conservation-Homo-sapiens-Cybernetics-education/dp/1499129246]