'Citizen Science' and the Future of Conservation - A Case study 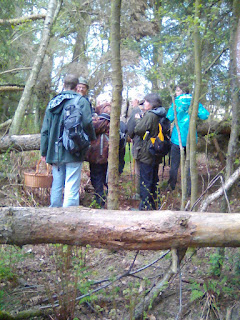 Being an environmental activist for years has taught me that democracy, advancement of science, and sustainable economic growth are concurrent and inseparable. The freedom of engaging in and getting others engaged in scientific/environmental data collection and the freedom of disclosing such data are directly connected to governance issues such the freedom of movement, freedom of association, freedom of expression, freedom of data collection, and transparency. In many states around the world - and especially in the Middle East, dissemination of data or publishing a scientific research without state-permission has become problematic and in some instances, criminalised. It constitutes a 'threat to the national security'. In other areas of the world, however, citizen science has produced groundbreaking discoveries and innovations. It - above all, creates a synergetic community cooperating constructively and passionately towards a shared goal.

Conservation, in particular, cannot afford to miss on citizen science, when a group of amateurs - often mentored by few passionate experts, contribute to or co-create influential science projects. The rapid progress in digital tools has enabled a wider participation in data collection and dissemination while open access technologies have allowed self-education and eliminated many barriers imposed by the narrowness of specialization.

The 'Lost and Found Project' is one of those fascinating science projects where citizen science produces results deemed otherwise unattainable. This is due to the immensity of the mycological kingdom, the relative scarcity of specialised knowledge, the rarity of experts, the vastness of the geographical areas covered, and the inadequacy of allocated fund. Fungal conservationists have been, for decades, calling for attention to the needs of fungal conservation. Fungi are interconnected with all other forms of life on earth and are essential for their sustainability, yet they don't receive the due level of preservation and respective fund.

In this respect, The Lost and Found Project is a heartening model of successful 'citizen science' and a promising step on the way of protecting the environment by protecting its - often forgotten, mycological component. Having addressed this topic more than once [1][2] from an educational perspective, today I write to highlight a very interesting learning and volunteering experience in this project.

The Lost and Found Project led by the young British mycologist Brian Douglas is funded by Esmée Fairbairn Foundation and supported by both the British Mycological Society and the British Lichen Society. Being a member of one of the local fungus groups in, I - among several others, received an invitation to participate in a workshop at in Whitmuir Farm* near Edinburgh. The workshop was generously funded by the project and the opportunity of shadowing great mycologists such as Paul Canon, Brian Douglas (and others) for a few days was exceptional!

Unlike many other fields of science, mentorship is ubiquitous for learning mycology, while there is a perceived rarity of mycologists - in general. In particular, there is scarcity in mycologists who are willing to - and are capable of, educating others. The task is even harder when there are a target and deadlines for producing viable data. Here, the mission was to carry out field surveys to establish whether certain fungal species still exist or gone extinct - given that they were previously observed then seem to have disappeared since last recorded. If any of those species are found, one target is to investigate whether they are truly rare or just under-reported. This is possible by accepting multiple different entries from the same geographical vicinity.

I loved the experience!

We had to bring our microscopes, other tools, and chemicals, but the space, location, and the facilities of the Whitmuir Farmhouse were intriguing.

One of the biggest challenges of 'citizen science', though is the risk of jeopardizing the technical quality of the data produced in favour of group synergy. The project, however, is well maintained by its leader in this regard. Although it's carried out by amateur volunteer mycologists, it's not exactly for beginners. If you are a mycophile, whether an amateur or an expert, you need to first obtain a list of the rare fungi and familiarise yourself with its content, then find a recommended spot and start looking for a species or two (from the list).

Some species are easy to identify by observation of morphological features. Examples are common mushrooms and toadstools. Those are given common names pertaining to their shape, odour, texture, and/or colour in addition to their Latin names. Examples are Pink waxcap (Hygrocybe calyptriformis); Beefsteak fungus (Fistulina hepatica); Fly agaric (Amanita muscaria), etc.

For species of rust fungi, the identification of the host is a pre-requisite. This is because each species infect a strictly narrow array of hosts and is not transmittable to a non-host plant. A single species, however, is capable of infecting two different hosts in its different life-cycle phases. Rust fungi are mostly observed as powdery spores of rusty or brown colour on the surface of the host plant. Some species of fungi require advanced technology to identify.  Some fungi are edible and some others are inedible (not necessarily poisonous).

Data entry If you ever spot any of the species listed, you also need to learn how to enter the data on the project's website without causing a system conflict. Alternatively, you can just send the information to Brian Douglas either via e-mail or the project's social media pages - Facebook or Twitter. You will normally be required to provide a photo of the species found, a description of its habitat or associated organism and the national grid number where it was spotted. In Whitmuir Farm - given the time limitation, we were given a good training on how to identify some rare rust fungi by identifying the associated organism and/or via microscopy. There would be still much to learn for a beginner though.

It's worthy to note that signing up to the project's website, has to be approved by the admin and does not guarantee access to the dashboard. A discussion has arisen whether 'not finding' a species or the multiple finding of single species within the same geographical vicinity, would be worthy of recording. The answer to that was yes; it's even advisable as it indicates the rarity or, otherwise, the abundance of such a species. One of the project's success stories is that of the Cryptomyces maximus species, which was deemed globally rare but  has been found this year on several sites (Pembrokeshire and Shropshire, as well as an Ireland).

The list of species can be found on the project's website together with the updated progress statistics and the 'species of the month' proclamation. This year (2018) is the last year in the project and more efforts are needed for a satisfactory yield.

Citizen science projects require an ecosystem of freedom and democracy but once established they also influence the ecosystem by providing community engagement opportunities connecting citizens to their environment and to each other. It's a closed circle of progress, self-organization, and emancipation. The link between good science and good governance might not be so obvious to many, but the current and prospective success of citizen science indicate clearly that the future of conservations is tied up to the future of democracy and peace in the world. On the technical level, the success of this project can be a turning point for the future of conservation and sustainability - given the challenges facing fungal conservation today.

Posted by Gihan Soliman at 1:03 PM