Justice between humans and animals

Nature [1] has been said to work for the best of each "creature" (using Darwin's words). “She” (naturally) destroys the maladaptive traits and preserves the adaptive ones, leading to the continuation and amazing complexification of life. Individual organisms (including micro-organisms) often produce costly common goods and are preferential on whom would benefit from such common goods. Most organisms would help relatives because that is likely to perpetuate the kindness traits, otherwise, the common good would get plundered by “cheats” and “free-riders” who would not (by definition) contribute to the perpetuation of the genome/kind/species of the donor. This discrimination in itself ensures a sort of "justice" which often benefit the whole community/species/kind*. 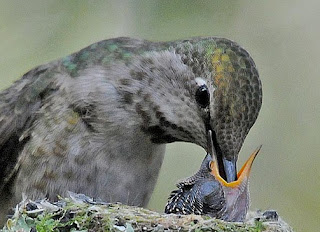 The success of any species is tied up, surprisingly, to such discriminatory kindness. West et al (2006), explains an interesting experiment conducted on microorganisms communicating for the purpose of cooperation - necessary to perform several essential multicellular processes such as nutrient acquisition and dispersal. Some individuals in this bacteria groups namely Pseudomonas aeruginoshe produce a common good for the benefit of the group (sidrophores scavenging iron in this example), however, such production might be open to plunder by cheats within the same group, who do not produce such organic product and who would use the plundered sidrophores to out-number the altruistic productive individuals. When selfish individuals (cheats/mutants) out-number the altruistic one beyond the capacity of the patch/colony to provide nutrition and other essential organic products, the group inevitably perishes. West et al (2006), then explain how the altruistic bacteria uses two mechanisms to insure the sidrophores will be utilised exclusively by relatives (who according to the Kin selection theory, must be carrying the same altruistic traits and are thus likely to keep producing beneficial products for the survival of the colony), which may in turn, result in a potential inclusive fitness for the whole group. Those two mechanisms are the limited dispersal", and kin discrimination (the repression of competition). Kin recognition and kin discrimination in this example occur beyond the perception of the individuals while in higher organisms occur consciously, through the sensory system (based on physical characteristics such as the smell, features or location, as relatives tend to live in the same vicinity) (West et al, 2006).

The success of kin discrimination would naturally lead to the growth in number of the connected group and a gradual advancement of the organisation (Darwin, 1854; 1999), leading in turn to more growth in population (inclusive fitness). Now! In case of humans, this happen the other way round. Humans tend to think of the purpose of their actions and are capable of weighing possibilities against contextual and situational factors, relating this to past experience. This is called the faculty of "steermanship" (Weiner, 1948) or Cybernetics.

So while we are doing the same thing - in principle, the results are pretty much different. Humans' contribution to the welfare of their community do not always take the form of economic activities or biological production. How often we exchange materialistic/economic possession (represented in money) for recreational, spiritual, humanistic or artistic values. How often we feel estranged to some family members and close to strangers. Due to the faculty of observation, education and the use of cognitive artifacts, the human behaviour - as Darwin affirmed, is no longer governed by instincts but is rather a blend of natural dispositions ("social instincts"), social learning ("imitation and reinforcement") and values (morals), resulting in the evolution of morals, religions, education, cultures, social contracts, game theories, etc.


Great lawgivers, the founders of beneficent religions **, great philosophers and discoverers in science, aid the progress of mankind in a far higher degree by their works than by leaving a numerous progeny
(Darwin, 1854-99)From this argument we can see that species tend to work, consciously or unconsciously for the benefit of their kind, as part of their struggle to survive. In this context, justice (defined in light of collective-survival values) can replace kin discrimination, and as man advance in civilisation…. 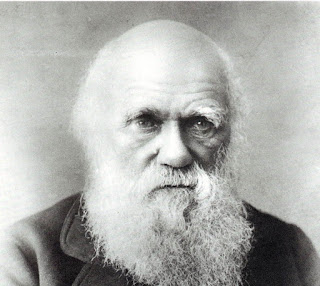 As man advances in civilization, and small tribes are united into larger communities, the simplest reason would tell each individual that he ought to extend his social instincts and sympathies to all the members of the same nation, though personally unknown to him. This point being once reached, there is only an artificial barrier to prevent his sympathies extending to the men of all nations and races.
(Darwin, 1854-99)

Nature in a Darwinian sense is the aggregate of natural laws and process
addressed as a singularity (Darwin, 1849-1871;1999)
*
This does not imply pre determinism ( see Park, 2007)
Park, J.H.(2007) Persistent Misunderstandings of Inclusive Fitness and Kin Selection: Their Ubiquitous Appearance in Social Psychology textbooks. Evolutionary Psychology – ISSN 1474-7049 – Volume 5(4). 2007-861
**
Caution must be practiced as we address the meaning of "beneficial religion". Evolutionary-wise, any moral system (or religion) that imposes a fixed code of conduct rather than a set of values, is maladaptive and pathogenic on the long run.


Read more in the Conservation of the Homo sapiens; the survival of the Wise
All copyrights reserved.