The magic of a "frozen heart"! - an educational perspective

I'm writing today about the influential/educational messages in "Frozen"; the Disney animation which has captivated the hearts of little girls all around the world. Those who became infatuated by the magical powers of ice-manipulation; the "..beautiful, powerful, dangerous and cold"! 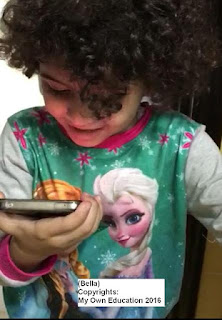 The story is of two little princesses born to the noble king and queen of Arendelle. The elder princess Elsa is born with the amazing power of manipulating ice. Elsa doesn't know how to control such power and finds herself hurting her sister, so she gets instructed by her parents and the forest "trolls" to conceal those powers, forget about them, and somehow, to stay away from Anna, who has magically been made to forget those powers, while holding on to the good memories of playing in ice and building a "snowman" with Elsa! As Elsa tries to conceal the powers, she locks her sister out in agony. They both suffer the loneliness for years, especially when the mom and dad have died in the sea. Desperate for light, love, and attention, Anna breaks free on the day of coronation and falls foolishly for Prince Hans who turned out later to be a psychopath. The situation explodes in few hours after Elsa manages - with great difficulty, to keep her powers concealed, and she eventually sets her magic free to the astonishment of everyone, and mostly of her sister. Elsa runs away thinking she's saving the kingdom but Anna doesn't give up on her sister and goes out bravely to find her. Anna gets hurt again by her sister's powers and had to be saved by an "act of true love". The act of true love was not a unilateral kissing action of some male prince, as would traditionally be expected, but an interactive glowing flame of love between the two amazing sisters. Some suggested it's some sort of "self-salvation" (and it surely is in a sense) but limiting it to that is missing a point. The final embrace between Elsa and the frozen body of Anna is an illustration of what they've actually done for each other throughout the story. Hasn't Elsa sacrificed herself and happiness for Anna by the very act of alienation?

An unusual pattern of "true love" which saves the 'beautiful princess' from the curse of death by a frozen heart, and brings her back to life. The act of true love here is not like the one 'performed on' Snowhite or the Sleeping Beauty. It seems rather than a spiritual flame linking the two sisters all throughout the story even during the long period of estrangement imposed by Elsa's "fear" and Anna's unawareness of the reason of fear. The act of rejection itself was obviously an act of abundant love. It might seem that Anna was the one who sacrificed herself to save her sister Elsa at the end of the story, but hasn't Elsa endured the torture of having to shut beloved sister out for years and for what she thought would be forever, just to protect her and everybody else? This story, unlike all the traditional fairy tales, shows love as an act of mutual compassion and sacrifice, whether between the two sisters or between Anna and Kristoff! 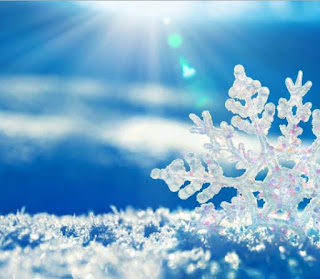 1- A woman is not her skin and hair


Kristoph did not seem 'struck' by the beauty of Anna at first sight, but his love to her grew as the drama of the story heightened. They were a good company for each other and took turns in saving each other! Could Anna have survived the frozen path to her Elsa on her own? The answer is probably not. Kristoph would't have made it on his own either if he wanted to. He was almost devoured by the hungry wolves if it wasn't for Anna's wit and bravery.


Moreover, when Elsa let go of her powers, she somehow transformed her looks as well. Her dress became more revealing and even her walking pattern changed into one resembling catwalks'. Her hair changed into a more liberated style. When Anna saw her later, she didn't say if she thought Elsa looked more beautiful or less beautiful this way. There was no judgment at all. To Ann, Elsa just looked "different".


In another instance, the rather realistic image of Anna, as she tries to wake up, is really remarkable - with her untidy hair and messy morning face; so distant from the typical "sleeping beauty" image. Every person can relate to Anna and be inspired by her because she seems real.

In most traditional love stories, it's the male who initiates the physical encounter (symbolised in the kiss), sometimes even when his lady is unconscious! It's been supposed that if "Mr Right" advances, then it's unquestionably lucky for the girl! But in this case, we hear Kristoph stating excitedly that he "can" kiss Anna, but then (realising the inconvenience of such a statement), he changes it to "may I", and then again - more remarkably, it finally ends up into "may we?".

A fabulous adjustment of perspective to how women are generally regarded and appreciated.

3- One's own sexuality is no one else's business!


Is Elsa gay, asexual, queer, heterosexual, etc.? Well, if you try to answer this question, then you might have really missed the point. Elsa's sexuality - in my opinion, was not addressed in this fairy tale in any way: Any! She is a traumatised individual who has imposed a total isolation on herself so as to protect everyone she loved. She begins to behave normally only at the last seen of the story, and we cannot predict how will she approach or be approached by a lover - if any. It's just out of the film's scope. Elsa is presented as beautiful, powerful and complete; with or without a mate. Given the popularity of the message sent and received by this film, this is another form of inspiration and community healing.


What exactly would be the "action of true love" that saved Anna? I didn't see one particular action but rather a dynamic ongoing relationship! The loving embrace between the two sisters has only crowned that relationship in its climax. But isn't this how "true love" really works?  Anna has done her part of the "embrace" already by sacrificing herself and standing between her sister Elsa and the evil Hans, then it was Elsa's turn to show the love she's always hidden. A love concealed for the sake of love. It was a dynamic two-ways true love, not a unilateral momentous gesture of affection.

5- The power of resilience


The moment Anna stands on her sister's ice door and hesitates to knock was breathtaking! A girl like her, wouldn't realistically knock the door, after years and years of rejection. Has she had a flash-back of all the long hours she spent as a child knocking on Elsa's door in vain? How could she overcome the trauma of such persistent rejection? What kind of self-healing produced that moment of bravery as she decided to go on and knock the ice door? How many of us fail in forming healthy, relationship because of the previous failures? The moment Anna overcomes her fear of rejection and knocks the door again as the circumstances changed, is a moment of fascinating resilience, emotional power, and intelligence. If I were a guardian - whether a parent or a teacher, I'd encourage my kids to watch this film and discuss it with them more than once.


This resilience heightens when Anna seeks whom (she thought) would be her savior; her hero, "the one"! Once and twice. In both occasions, she was not a "sleeping beauty"; she was not dead, sleeping or unconscious as she sought Hans' (or Kristoph's) "restorative" kiss. Anna moved towards her potential salvation with remarkable strength and resilience. She was certainly saddened, but not 'broken' by Hans' gruesome change-of-heart towards her. Hasn't she learnt, since childhood, to adapt to the vehement change of hearts! Her soul, then, keeps reaching out for the light relentlessly, and her mind stays as sharp as ever, so as to find other ways and to survive.

Amazingly, though, when she had to make a decision on whether to keep advancing towards her personal salvation or her sister's, she chose Elsa's; the loving choice of  "laying down one's life for one's friends."John 15:3. It's important to note here that the true love in this story extends beyond sex and reproduction but does not, by any means, exclude them - as the love between Anna and Kristoph confirms.


To wrap up, the story of Anna and Elsa, is a story of true love, bravery and resilience. The dynamics of the relationships among the story characters make the true magic of the fairy tale. The magic in Anna's beyond-fear bravery and intelligence is rather more fascinating - for a 45 years old "little girl" as myself than the magic of manipulating ice.

Finally, it is true that artworks don't have to be educational, but this Disney product has become unintentionally so, by communicating such powerful and reformative values on such a massive scale. Well done!

Posted by Gihan Soliman at 3:09 AM