Since 2008 I have been working on linking science education to the community in Egypt. Many people worked on that but my programmes had two areas of distinction that have been expressed in  several articles; initiatives, books and project designs, that I produced over several years of activism. 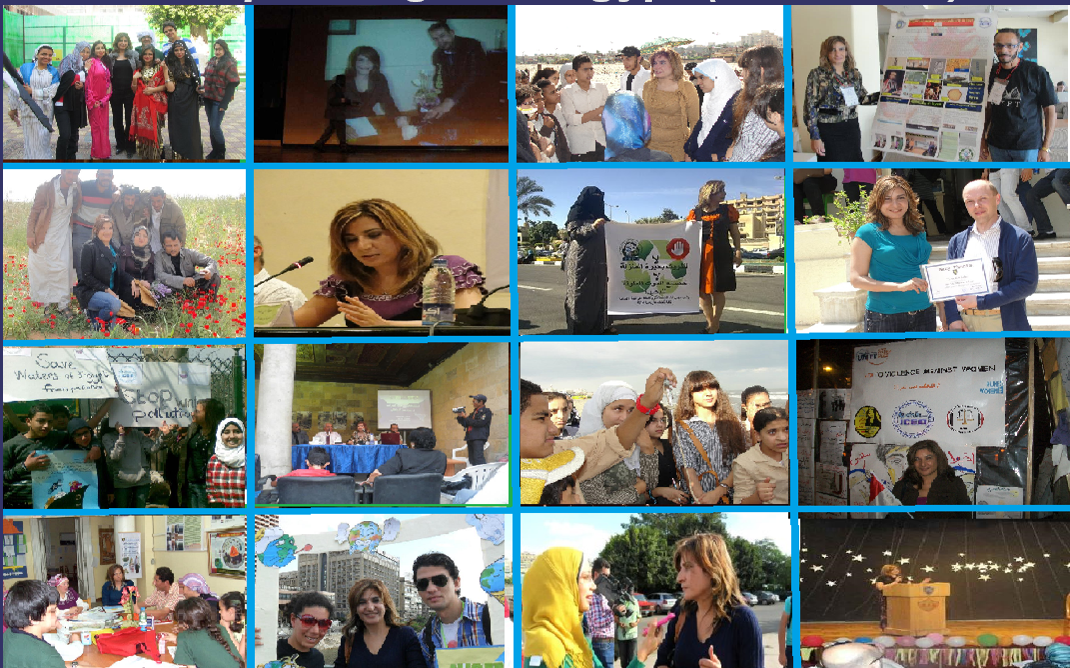 First: Complexity
1.1. The complexity of integrated management.
1.2. The complexity of science integration: Where natural sciences meet with social sciences through the cross-curricular activities in relation to the surrounding environment.
Although I designed and own the copyrights and prototypes of my projects, they all depend on integrated management and science integration. This means that a programme cannot run totally by me or any single person. Any programme whether Science Across Egypt© ,  IPNAMME© , Sinai Sustainability Cyberneitcs Center© , Egypt's Got Talents©  and most recently the Sustainability Cybernetics Journal©  must be managed by a homogenous team of leaders from different disciplines, to produce a unique integrative task.
For example, the basic implementation team of Science Across Egypt© was: 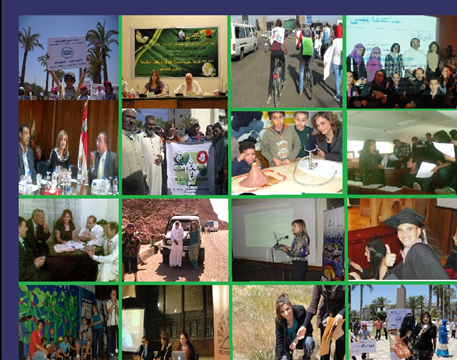 2.1. Circularity of on-going self-reform and progress.

Circularity of the on-going self-reform, based on a proposed causal circular relationship between quality education and sustainable development/protection of the environment. All the projects, in terms of mission, are meant to produce an autonomy of reform in the educational system (building a second-order cybernetic model of education for sustainable development) .

In terms of finance, the Science Across Egypt - as an award-winning project, did not depend on extra spending on education from parents, schools, the government or any external fund - which why it won the Educating Africa Awards 2011 for entrepreneurship in education. It "pays itself".

Science Across Egypt depended in its first phase on my educational consultancy for international schools seeking accreditation in Egypt, as well as general teacher training to produce the autonomy of self-reform. Schools already pay for quality assurance and teacher training to get accredited (according to the Egyptian laws which link accreditation to licencing international school). As an educational expert in the international educational system in Egypt - due to being in (administrative) charge of the regional office of one of the American accrediting association in Egypt 2005-2007, I was hired by schools to conduct the self- study, guide their quality control process prior to accreditation and as well as the design/development of curricula/extra curricular activities. This process involved management of the school activities at the time of the self-study and a power to hire teachers as well as recruiting volunteers who were willing to give a hand.


Worthy to make the point here that the "international-education" in Egypt - and the Middle East in general, has a different notion than the one commonly used in the West. It is of Egyptian students studying international curricula. International education is a huge business in Egypt so the  number of international schools is shockingly high but unannounced (you have to count the schools through the different accrediting organisations or know by first-hand experience as I do -  being a successful business used as a backdoor to universities to escape the difficult and highly competitive "Thanawya Amma" Egyptian high schooling. The programme also comprised other nationwide and international raising-awareness campaigns, research and publications.
﻿

I write to wrap up an approach in education and in acknowledgement of the role of each one who collaborated either as hired or voluntarily or who is willing to collaborate in the future, but specially in acknowledgment of the role of Dr Ahmed Abdel Azeem in implementing the Science Across Egypt©  project and to thank him for what he said in  his most recent Radio interview - which I have just been forwarded, about our previous collaboration.


Unfortunately, sustainability is not separate from politics and equality issues in the Middle East.

In spite of the heavy persecution - which drove me out of Egypt March 2013 - because of my religion and my activism as a Coptic independent female*, all of the models I instituted are now alive, autonomous and thriving. It is rewarding to see the fruit of my well-documented activism blooming, even if I was denied the appreciation sometimes. However, I keep a public account and documentation of my voluntary activities and research on this blog [MY OWN EDUCATION] as a love letter for my children and next generations hopefully reading: Appreciated or not, this is (as I aspire) my modest contribution to "advancing the human organisation", with much love.

a) An article about a Christian woman on the path of emigration by Dr Mostafa Alnagar March 2013
b) A presentation at the Amnesty International York (2014)on Women's day about women in Egypt at that time.
Posted by Gihan Soliman at 10:15 AM